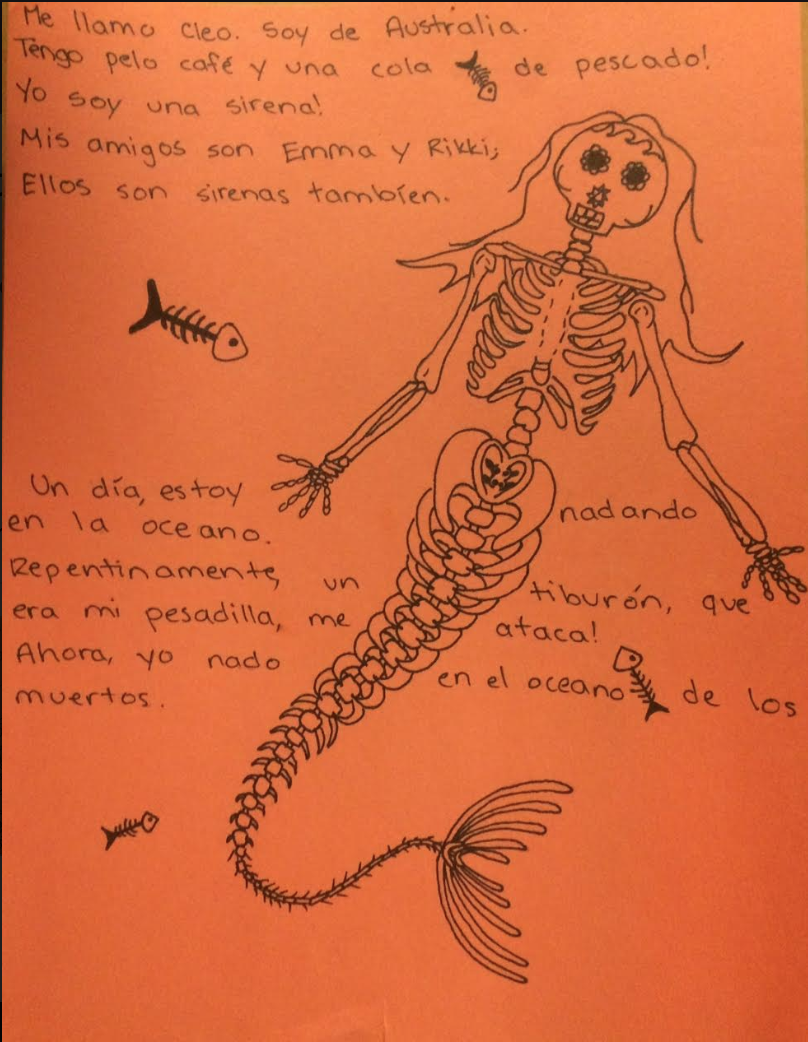 What is a calavera? A calavera is the combination of an image of the skeleton of someone that you know (family member, celebrity, politician, etc) and a funny poem. This poem gives a description of the person, and then a funny story about how they die. In Spanish culture, death is not as feared as in other cultures, so these poems are a funny way to find comic relief.
What were you trying to portray in your calavera? My calavera was about a mermaid character named Cleo from a kids TV show called H20. In my poem, Cleo dies because she was swimming in the ocean and was attacked by a shark, who she thought was her friend. Now, she "swims in an ocean of the dead".

While I was writing this obituary, I was focusing on conjugating the words that I was using without help from a teacher. I used the posters on the board as my resources for a lot of it, but I definitely could have done better. Though I tried really hard to do the best I could without help, when I looked it over with Sus there were still a lot of things that I did not conjugate correctly. This is an area where I can grow in my independence and my ability.