The purpose of this project was for us as students and the present and future caretakers of this planet to gain knowledge and awareness about this pressing issue that we will have to manage throughout our lives. We were to form a group with the end goal of creating something that addressed the effects of climate change, the solutions, the causes, and how we know it is happening. Our project mostly focused on the effects of climate change and how we can see it in our own lives. We wanted to raise awareness around climate change, because without consensus in the community or even the world, it will be difficult to make major steps towards solving this dilemma.
What is climate change and how is it different from global warming?
Climate change is characterized by drastic changes in the weather; patterns and incidents of major weather events become more dramatic and frequent. Climate change is not to be confused with global warming; global warming is an effect of climate change. Global warming is the gradual warming of the planet, which is considered a dramatic weather pattern, caused by "the greenhouse effect". As we release carbon emissions, they are trapped in the atmosphere and create a blanket around the planet. This blanket traps and bounces the heat back onto the earth and causes this warming.

Why should we care about climate change now when it has been happening naturally since the Earth began?
Though the Earth goes through natural periods of fluctuation (i.e. ice ages, etc.), since the Industrial Revolution carbon emissions have been increasing, which causes the rate at which the earth is changing increase dramatically. Both the Fast Carbon Cycle and the Slow Carbon Cycle have been interrupted by humans. The increased amount of carbon in our atmosphere contributes to the greenhouse effect, creating a blanket, and trapping everything inside. The higher temperatures this creates causes the permafrost, a layer of soil that stays frozen year round and stores a large amount of carbon, to melt. This releases even more carbon into the air and contributes to the process of climate change continuing. This is just one reason along with humans' carbon footprint that currently makes climate change happen so quickly and dramatically.

How does your project demonstrate your understanding of climate change?
This project demonstrates my understanding of climate change because we incorporated multiple examples of where we can currently obverse climate change. We talked about two things that are really important things in this issue; melting permafrost and expanding/rising oceans. Melting permafrost is both caused by and contributes to climate change. The increasing temperatures cause the melting, which releases carbon that has been frozen inside. This carbon then further contributes to warming as it is trapped in the atmosphere, and the cycle continues.
Another effect of climate change is expanding oceans. This is a result of two major factors, one being the increased temperature causing melting of ice caps and ice sheets. This melted glacier water runs into the ocean and causes it to rise. The other factor is called thermal expansion. This is when water warms, and the increased temperature causes the water molecules to separate from each other, causing the amount of water to "grow".

What was your largest area of growth during this project?
My largest area of growth during this project was my ability to persevere. During multiple points in the project, I found myself losing motivation. The middle of the production part of the project was particularly hard for me to stay focused during, because we spent the majority of that time working on the collage. That was a large amount of time when we were working on the same thing, cutting out paper, glueing it, cutting more, and refining. That got tedious and there were multiple times when I wanted to stop and do something else. However, the image that I had in my head of how it would look after the collage was finished motivated me and kept me going on the project. I also had a hard time persevering in respecting one of my teammates. She was having a hard time keeping motivation and inspiration for the project as well, and she showed it very verbally every day. It was difficult for me to work with her without having an emotional reaction, but I persevered in keeping a calm demeanor and attempting to be a good teammate in return. Both of these acts of perseverance allowed me to grow in this area ; in different but equally important and helpful ways.

What was your greatest strength during this project?
My greatest strength during this project was keeping my group moving. I feel that I played an important role in keeping my group as well as myself involved and excited about the project (see above paragraph). To elaborate, I was able to understand and keep track of what needed to get done during the art production phase, and help my group to stay in the loop as well. I think I did a better job of this with some group members than others, and was also something that I could have improved on as well.

During this project we focused mostly on the interesting time of everybody's life that is adolescence. We focused partly on the physical changes and also the mental changes, especially in the brain. We learned about the parts of the brain and their functions, and then did a mini project in which we had to make an infographic describing something that had to do with the brain using Venngage. I did mine of the evolution of the human brain. These were the practice round for the final infographics that we made that had to do with adolescence. See mine below: 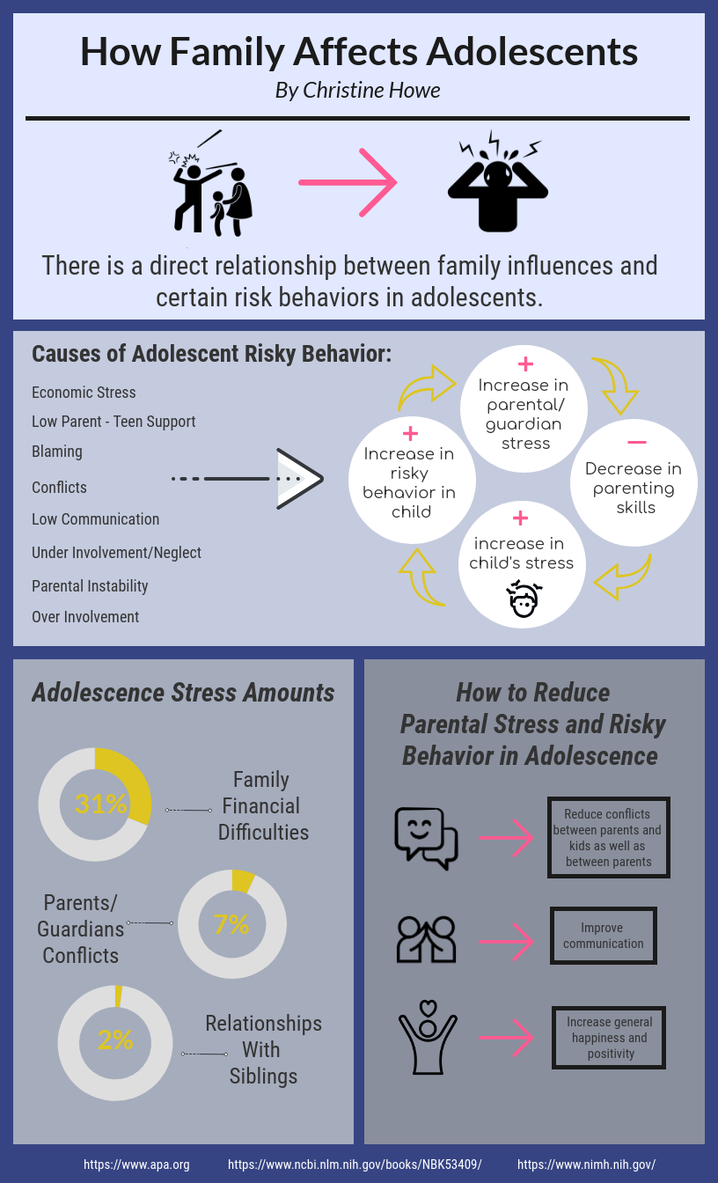 What was your biggest challenge during this project?
The biggest challenge for me during this project was creating my infographics. For some reason it was really hard for me to get started on both of them, and on the second I had to start over completely multiple times. I think it was difficult for me because I am so used to writing everything out, it was hard to change my mindset and use graphics instead of words. My final infographic is good, but not my best work because it was still so hard for me to change that mindset. It could have been better if I had released that mindset even more. This is one place where there is room for me to improve.

What was your greatest success during this project?
My greatest success during this project was my note taking skills. I feel that the notes that I took were very detailed and got a lot of information from them. They were very organized and easy to follow, so it was easy for me to look back and remind myself of the content that we were learning. I do feel that I could have done a better job of retaining the information in my brain, however.

If you were to do this project again, and/or could make refinements to your current work, what would you do differently?
If I were to do this project again, I would work even harder on my infographic and make it better. Though I spent a ton of time on it and put MASSIVE amounts of effort into it, I still think it could have been better. I could have made the colors pop more, and put even more graphics into it. It could have had more information on it.